NeoPhotonics Co. (NYSE:NPTN) has been assigned an average rating of “Buy” from the eleven brokerages that are covering the firm, Marketbeat reports. One investment analyst has rated the stock with a sell rating, three have issued a hold rating and six have issued a buy rating on the company. The average 12-month target price among brokerages that have issued ratings on the stock in the last year is $13.88.

NeoPhotonics (NYSE:NPTN) last released its earnings results on Tuesday, August 3rd. The semiconductor company reported ($0.22) EPS for the quarter, topping the consensus estimate of ($0.29) by $0.07. NeoPhotonics had a negative net margin of 15.01% and a negative return on equity of 18.29%. The firm had revenue of $65.01 million for the quarter, compared to the consensus estimate of $62.53 million. As a group, equities research analysts predict that NeoPhotonics will post -0.59 earnings per share for the current year. 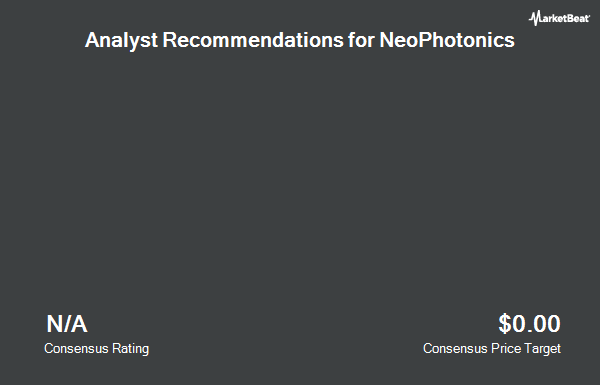 Powerledger Trading Down 5.5% Over Last Week

Complete the form below to receive the latest headlines and analysts' recommendations for NeoPhotonics with our free daily email newsletter: