Neumann Capital Management LLC reduced its stake in iShares Russell 1000 ETF (NYSEARCA:IWB) by 1.4% during the 1st quarter, according to its most recent filing with the Securities and Exchange Commission. The fund owned 5,051 shares of the company’s stock after selling 72 shares during the quarter. Neumann Capital Management LLC’s holdings in iShares Russell 1000 ETF were worth $1,131,000 at the end of the most recent reporting period.

iShares Russell 1000 ETF (the Fund), formerly iShares Russell 1000 Index Fund, is an exchange-traded fund (ETF). The Fund seeks investment results that correspond generally to the price and yield performance of the Russell 1000 Index (the Index). The Index is a float-adjusted capitalization weighted index that measures the performance of the large-capitalization sector of the United States equity market and includes securities issued by the approximately 1,000 largest issuers in the Russell 3000 Index.

See Also: Which market index is the best? 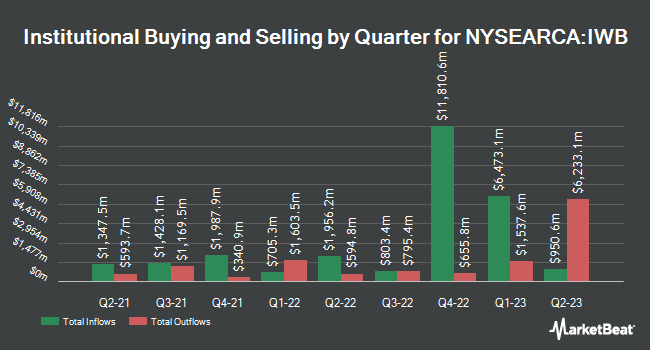 Complete the form below to receive the latest headlines and analysts' recommendations for iShares Russell 1000 ETF with our free daily email newsletter: