10x Genomics, Inc. (NASDAQ:TXG) insider Bradford Crutchfield sold 17,000 shares of the firm’s stock in a transaction that occurred on Monday, April 12th. The shares were sold at an average price of $185.89, for a total value of $3,160,130.00. Following the completion of the transaction, the insider now owns 51,608 shares in the company, valued at approximately $9,593,411.12. The transaction was disclosed in a document filed with the Securities & Exchange Commission, which is available through this link. 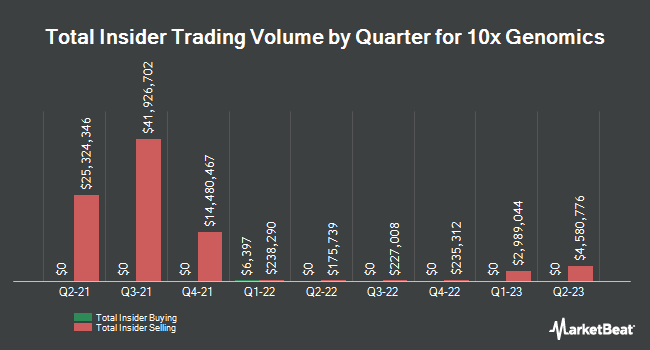 Complete the form below to receive the latest headlines and analysts' recommendations for 10x Genomics with our free daily email newsletter: