FIL Ltd acquired a new stake in shares of GoHealth, Inc. (NASDAQ:GOCO) during the 4th quarter, according to the company in its most recent filing with the Securities and Exchange Commission (SEC). The firm acquired 531,488 shares of the company’s stock, valued at approximately $7,260,000.

As a leading health insurance marketplace, GoHealth's mission is to improve access to healthcare in America. Enrolling in a health insurance plan can be confusing for customers, and the seemingly small differences between plans can lead to significant out-of-pocket costs or lack of access to critical medicines and even providers.

See Also: What is included in the gross domestic product?

Want to see what other hedge funds are holding GOCO? Visit HoldingsChannel.com to get the latest 13F filings and insider trades for GoHealth, Inc. (NASDAQ:GOCO). 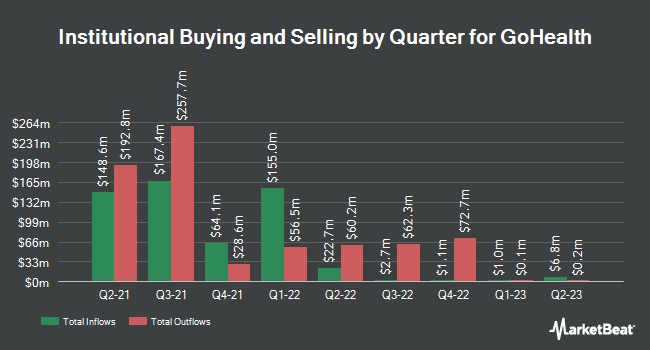 Receive News & Ratings for GoHealth Daily - Enter your email address below to receive a concise daily summary of the latest news and analysts' ratings for GoHealth and related companies with MarketBeat.com's FREE daily email newsletter.

Complete the form below to receive the latest headlines and analysts' recommendations for GoHealth with our free daily email newsletter: