Enter your email address below to get the latest news and analysts' ratings for CenterPoint Energy with our FREE daily email newsletter:

Janney Montgomery Scott LLC decreased its stake in CenterPoint Energy, Inc. (NYSE:CNP) by 76.1% during the 2nd quarter, according to its most recent Form 13F filing with the Securities and Exchange Commission. The firm owned 114,136 shares of the utilities provider’s stock after selling 363,042 shares during the quarter. Janney Montgomery Scott LLC’s holdings in CenterPoint Energy were worth $2,131,000 as of its most recent filing with the Securities and Exchange Commission.

The firm also recently disclosed a quarterly dividend, which will be paid on Thursday, September 10th. Stockholders of record on Thursday, August 20th will be given a $0.15 dividend. The ex-dividend date of this dividend is Wednesday, August 19th. This represents a $0.60 dividend on an annualized basis and a dividend yield of 3.16%. CenterPoint Energy’s payout ratio is 33.52%.

In other news, Director David J. Lesar purchased 11,110 shares of the company’s stock in a transaction that occurred on Monday, May 11th. The stock was acquired at an average cost of $18.05 per share, with a total value of $200,535.50. Following the acquisition, the director now owns 6,110 shares in the company, valued at approximately $110,285.50. The acquisition was disclosed in a document filed with the Securities & Exchange Commission, which is available through this hyperlink. Company insiders own 0.13% of the company’s stock. 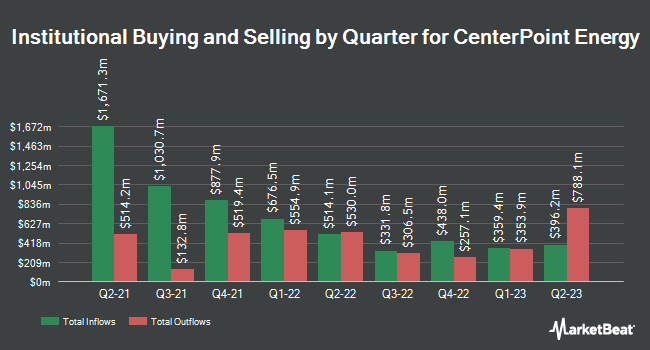