Enter your email address below to get the latest news and analysts' ratings for TC Pipelines with our FREE daily email newsletter:

First Trust Advisors LP lifted its stake in shares of TC Pipelines, LP (NYSE:TCP) by 9.4% during the first quarter, Holdings Channel reports. The fund owned 292,106 shares of the pipeline company’s stock after acquiring an additional 25,071 shares during the period. First Trust Advisors LP’s holdings in TC Pipelines were worth $8,027,000 as of its most recent SEC filing.

TC Pipelines (NYSE:TCP) last released its quarterly earnings data on Wednesday, May 6th. The pipeline company reported $1.21 earnings per share (EPS) for the quarter, missing the consensus estimate of $1.27 by ($0.06). TC Pipelines had a net margin of 70.08% and a return on equity of 36.72%. The company had revenue of $101.00 million during the quarter, compared to analyst estimates of $166.87 million. The business’s revenue was down 10.6% compared to the same quarter last year. On average, research analysts expect that TC Pipelines, LP will post 3.5 earnings per share for the current year.

The business also recently disclosed a quarterly dividend, which was paid on Tuesday, May 12th. Shareholders of record on Friday, May 1st were paid a $0.65 dividend. The ex-dividend date was Thursday, April 30th. This represents a $2.60 annualized dividend and a yield of 7.49%. TC Pipelines’s dividend payout ratio is presently 69.52%.

TC Pipelines LP engages in nautral gas pipelines business. It transports natural gas in Western, Midwestern and Eastern United States. The firm is managed by its general partner TC Pipelines GP, Inc, which is an indirect, wholly-owned subsidiary of TransCanada. The company was founded in 1998 and is headquartered in Houston, TX.

Read More: Can individual investors take part in an IPO?

Want to see what other hedge funds are holding TCP? Visit HoldingsChannel.com to get the latest 13F filings and insider trades for TC Pipelines, LP (NYSE:TCP). 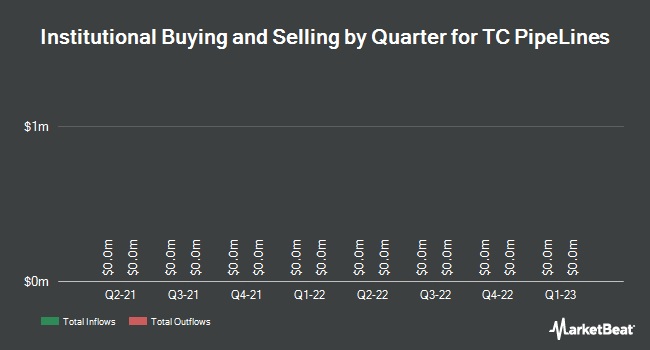