Enter your email address below to get the latest news and analysts' ratings for GCI Liberty with our FREE daily email newsletter:

Shares of GCI Liberty Inc (NASDAQ:GLIBA) have been assigned an average rating of “Buy” from the eight research firms that are currently covering the firm, Marketbeat Ratings reports. Three investment analysts have rated the stock with a hold recommendation and five have assigned a buy recommendation to the company. The average 1 year target price among brokers that have covered the stock in the last year is $79.80.

GCI Liberty (NASDAQ:GLIBA) last issued its earnings results on Wednesday, February 26th. The company reported $6.73 earnings per share for the quarter, topping the Zacks’ consensus estimate of ($0.26) by $6.99. The company had revenue of $232.39 million for the quarter, compared to analysts’ expectations of $233.00 million. GCI Liberty had a net margin of 216.68% and a negative return on equity of 7.85%. Sell-side analysts expect that GCI Liberty will post -1.07 EPS for the current fiscal year. 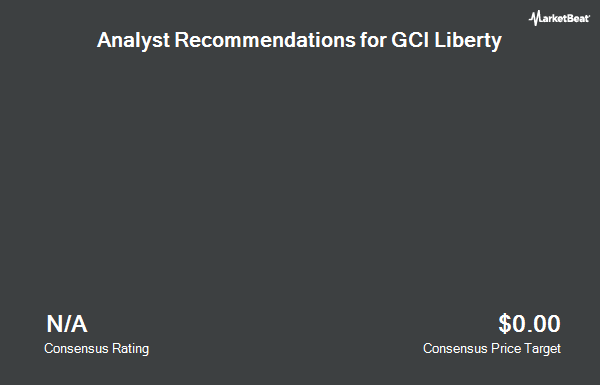