Enter your email address below to get the latest news and analysts' ratings for Talktalk Telecom Group with our FREE daily email newsletter:

Talktalk Telecom Group (LON:TALK) had its target price raised by stock analysts at Deutsche Bank from GBX 190 ($2.50) to GBX 200 ($2.63) in a research report issued on Friday, ThisIsMoney.Co.Uk reports. The brokerage presently has a “buy” rating on the stock. Deutsche Bank’s price objective would indicate a potential upside of 130.41% from the company’s previous close. 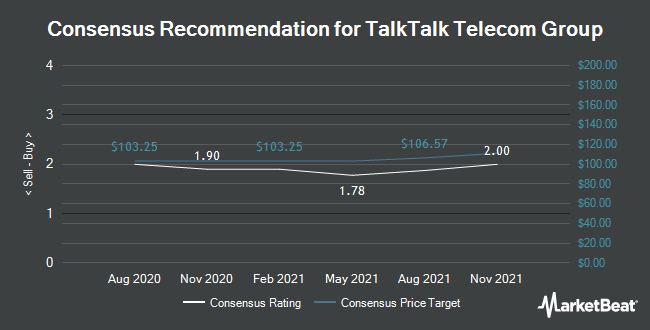