Enter your email address below to get the latest news and analysts' ratings for Parsons with our FREE daily email newsletter:

Benin Management CORP boosted its stake in Parsons Corp (NYSE:PSN) by 12.2% in the fourth quarter, according to the company in its most recent disclosure with the SEC. The firm owned 17,720 shares of the company’s stock after purchasing an additional 1,920 shares during the quarter. Benin Management CORP’s holdings in Parsons were worth $732,000 as of its most recent filing with the SEC.

Parsons (NYSE:PSN) last announced its earnings results on Tuesday, November 12th. The company reported $0.57 earnings per share for the quarter, beating the consensus estimate of $0.42 by $0.15. The business had revenue of $1.02 billion during the quarter, compared to the consensus estimate of $1.03 billion. Parsons had a net margin of 2.97% and a negative return on equity of 11.53%. The business’s quarterly revenue was up 4.8% compared to the same quarter last year. During the same period in the prior year, the firm earned $0.82 earnings per share. On average, research analysts predict that Parsons Corp will post 1.61 EPS for the current year.

Parsons Corporation provides technology based solutions in the defense, intelligence, and critical infrastructure markets in North America, the Middle East, and internationally. It operates in two segments, Federal Solutions and Critical Infrastructure. The company offers cybersecurity software and engineering services, hardware prototyping, and other technical services to the U.S.

Want to see what other hedge funds are holding PSN? Visit HoldingsChannel.com to get the latest 13F filings and insider trades for Parsons Corp (NYSE:PSN). 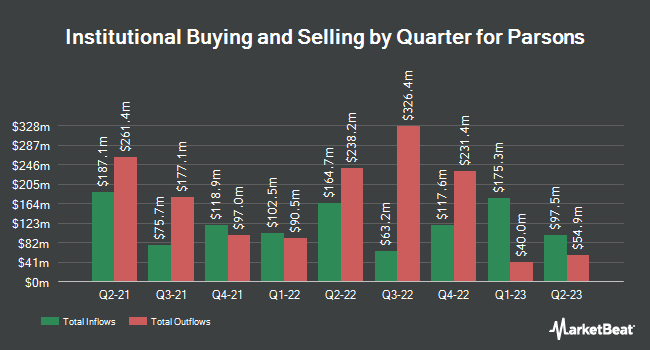 Receive News & Ratings for Parsons Daily - Enter your email address below to receive a concise daily summary of the latest news and analysts' ratings for Parsons and related companies with MarketBeat.com's FREE daily email newsletter.