Enter your email address below to get the latest news and analysts' ratings for Vivint Solar with our FREE daily email newsletter:

Vivint Solar Inc (NYSE:VSLR) CEO David Bywater sold 75,463 shares of the company’s stock in a transaction on Friday, January 17th. The stock was sold at an average price of $9.00, for a total transaction of $679,167.00. Following the transaction, the chief executive officer now directly owns 1,173,176 shares in the company, valued at $10,558,584. The transaction was disclosed in a filing with the SEC, which can be accessed through the SEC website.

Vivint Solar (NYSE:VSLR) last issued its quarterly earnings data on Wednesday, November 6th. The company reported ($0.99) EPS for the quarter, missing the Zacks’ consensus estimate of ($0.51) by ($0.48). The business had revenue of $103.80 million during the quarter, compared to analyst estimates of $96.76 million. Vivint Solar had a negative net margin of 24.89% and a negative return on equity of 115.40%. Vivint Solar’s revenue was up 33.2% on a year-over-year basis. During the same period in the previous year, the company posted ($0.61) earnings per share. As a group, research analysts expect that Vivint Solar Inc will post -3.15 earnings per share for the current year.

See Also: Most Volatile Stocks – What Investors Need to Know to Maximize ROI 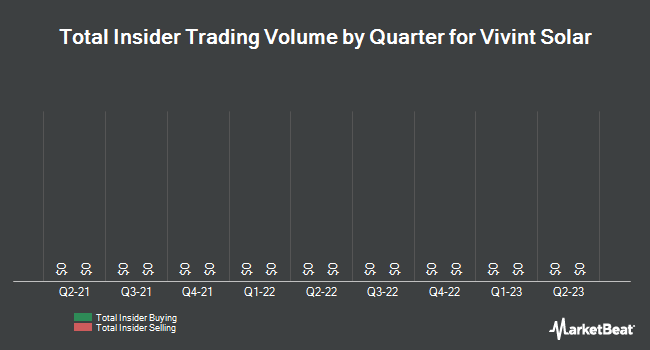