Enter your email address below to get the latest news and analysts' ratings for Red Robin Gourmet Burgers with our FREE daily email newsletter:

According to Zacks, analysts expect that Red Robin Gourmet Burgers will report full-year sales of $1.32 billion for the current financial year, with estimates ranging from $1.31 billion to $1.32 billion. For the next year, analysts expect that the company will post sales of $1.29 billion, with estimates ranging from $1.26 billion to $1.31 billion. Zacks Investment Research’s sales averages are an average based on a survey of research analysts that follow Red Robin Gourmet Burgers. 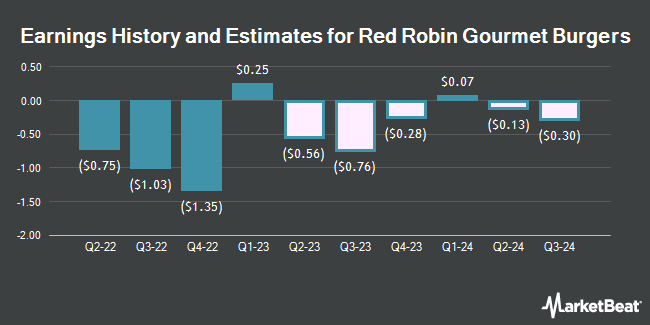