Enter your email address below to get the latest news and analysts' ratings for Landec with our FREE daily email newsletter:

Landec Co. (NASDAQ:LNDC) has earned an average rating of “Buy” from the eight research firms that are currently covering the company, MarketBeat.com reports. Three analysts have rated the stock with a hold recommendation and five have assigned a buy recommendation to the company. The average 1-year price objective among brokers that have issued ratings on the stock in the last year is $12.80.

Landec (NASDAQ:LNDC) last released its earnings results on Tuesday, October 1st. The basic materials company reported ($0.16) earnings per share for the quarter, hitting analysts’ consensus estimates of ($0.16). The firm had revenue of $138.70 million for the quarter, compared to the consensus estimate of $131.14 million. The company’s revenue was up 11.2% compared to the same quarter last year. During the same quarter in the previous year, the firm earned $0.01 EPS. On average, research analysts expect that Landec will post 0.25 earnings per share for the current fiscal year.

Landec Corporation, together with its subsidiaries, designs, develops, manufactures, and sells differentiated health and wellness products for food and biomaterials markets. It operates through two segments, Packaged Fresh Vegetables and Biomaterials. The Packaged Fresh Vegetables segment markets and packs specialty packaged whole and fresh-cut fruits and vegetables utilizing the BreatheWay specialty packaging technology for the retail grocery, club store, and food service industries under the Eat Smart and GreenLine brands, as well as private label brands; and sells BreatheWay packaging technology to partners for fruit and vegetable products. 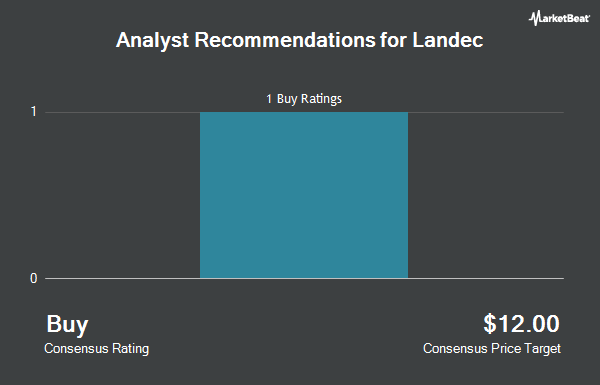 Receive News & Ratings for Landec Daily - Enter your email address below to receive a concise daily summary of the latest news and analysts' ratings for Landec and related companies with MarketBeat.com's FREE daily email newsletter.