Enter your email address below to get the latest news and analysts' ratings for CNO Financial Group with our FREE daily email newsletter:

CNO Financial Group Inc (NYSE:CNO) declared a quarterly dividend on Thursday, November 14th, Zacks reports. Investors of record on Tuesday, December 10th will be paid a dividend of 0.11 per share by the financial services provider on Tuesday, December 24th. This represents a $0.44 annualized dividend and a yield of 2.47%. The ex-dividend date of this dividend is Monday, December 9th.

CNO Financial Group (NYSE:CNO) last announced its quarterly earnings results on Tuesday, November 5th. The financial services provider reported $0.45 earnings per share (EPS) for the quarter, missing the consensus estimate of $0.47 by ($0.02). CNO Financial Group had a net margin of 4.29% and a return on equity of 6.77%. The business had revenue of $944.00 million during the quarter, compared to analysts’ expectations of $953.60 million. During the same period last year, the company earned $0.53 EPS. The firm’s revenue for the quarter was down 36.3% on a year-over-year basis. On average, sell-side analysts anticipate that CNO Financial Group will post 1.81 earnings per share for the current year.

CNO Financial Group, Inc, through its subsidiaries, develops, markets, and administers health insurance, annuity, individual life insurance, and other insurance products for senior and middle-income markets in the United States. It operates through Bankers Life, Washington National, Colonial Penn, and Long-Term Care in Run Off segments. 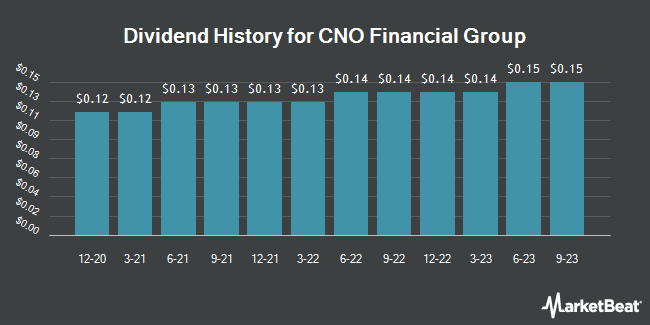