Russell Investments Group Ltd. lifted its stake in shares of SeaWorld Entertainment, Inc. (NYSE:SEAS – Get Rating) by 29.7% during the third quarter, according to the company in its most recent Form 13F filing with the SEC. The firm owned 811,034 shares of the company’s stock after acquiring an additional 185,875 shares during the quarter. Russell Investments Group Ltd. owned approximately 1.20% of SeaWorld Entertainment worth $37,428,000 at the end of the most recent reporting period.

SeaWorld Entertainment, Inc is a holding company, which engages in the ownership and operation of theme parks. It operates through the following brands: SeaWorld, Busch Gardens, Aquatica, Discovery Cove, Sesame Place, and Sea Rescue. The company was founded in 1959 and is headquartered in Orlando, FL. 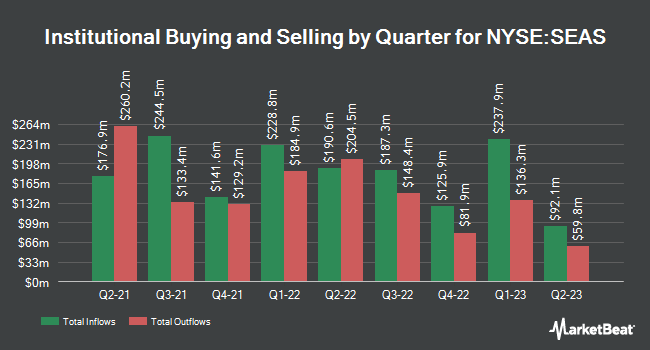 Renault Given a €45.00 Price Target at Sanford C. Bernstein

ASML Given a €765.00 Price Target at The Goldman Sachs Group

Rheinmetall Given a €233.00 Price Target by UBS Group Analysts

Complete the form below to receive the latest headlines and analysts' recommendations for SeaWorld Entertainment with our free daily email newsletter: