Air France to Launch No-Frills Airline For U.S. and Asia 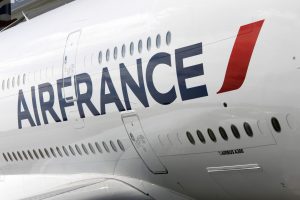 Air France-KLM the Franco-Dutch carrier operator is planning to launch a medium- and long-haul airline, which could tap into a lucrative market that serves cities across the U.S. as well as Asia to regain market share that was lost to growing low cost competition and carriers in the Middle East.

The new low cost airline will begin flying routes into Asia during the winter of 2017 and will take some of the less profitable service of Air France and operate them with lower salaried staff, said the company Thursday.

The new business would transfer pilots of Air France that would fly additional hours for no increase in pay and recruit new groups of flight attendants that will have few benefits than the crew with Air France currently has.

Service would be far less lavish compared to current Air France flight. However, it will not be equally austere as discount carriers said the company.

Air France-KLM has lost market share over the past few years to budget airlines in Europe like Ryanair Holdings as well as easyJet.

In Asia, the company has lost market share to increased competition from Qatar Airways and Emirates Airline for long-haul flights in a lucrative market across Asia.

The airline, which operates Transavia and Hop brands in Europe as well as Air France and KLM, has gone through a number of restructuring programs as a way to improve its efficiency as well as cut costs, without closing the gap between competitiveness with important rivals across Europe.

That competition is growing in different areas. Discount airlines like Norwegian Air Shuttle are operating inexpensive flights from Europe to North America including France in the coming year.

The established carriers in Europe, just as they did when a threat from budget airlines popped up his head in Europe, have taken their time in reacting to said risks of losing share in the marketplace on routes that are long haul.

Air France has followed the lead of Lufthansa, which established a discount business for long-haul flights within its Eurowings low-fare unit.

Air France-KLM announced the new carrier would be focusing on flights into Asia though it could fly later across the Atlantic.

The airline will include the Airbus A340 with four engines amongst its fleet.

The management at Air France has counted on the new airline to help increase the passenger counts that it flies to over 100 million per year.